How to diagnose a boot failure

The blue and red LEDs on STM32 MPU boards are used to notify the user in case of boot failure during the boot chain execution and at runtime.

The statuses of blue and red LEDs allow to see at which stage the execution failed: the diagram below shows how each boot component uses these LEDs while the table gives more information on the way to interpret the LED statuses when the boot fails. Among the boot components, the FSBL is TF-A and the SSBL is U-Boot, as explained in the boot chain overview. 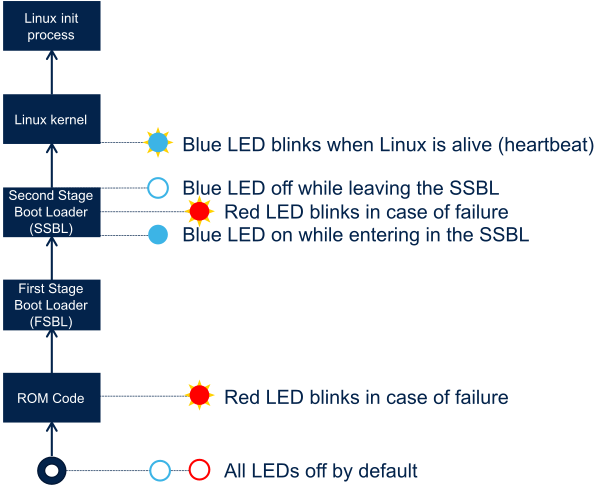 How to trace and debug